My Grandparents and “Pirates of the Caribbean”

Note: It’s difficult to believe that people are so colossally stupid that I have to add a disclaimer to this article, but here we are.  DISCLAIMER: Captain Jack Sparrow and Elizabeth Swan are fictional characters created by the Walt Disney Corporation.  Nobody, unless they are fictional, is actually related to Captain Jack Sparrow and Elizabeth Swan.  What follows is intended for humorous purposes only.  If you read it and decide it’s meant to be a serious piece of genealogical research, please seek help from a medical professional.  Ok?  Good.

Two of the lead characters in the Disney “Pirates of the Caribbean” franchise are the lovely Elizabeth Swan (played by Kira Knightly), and the drunken scoundrel Captain Jack Sparrow (played by Johnny Depp). 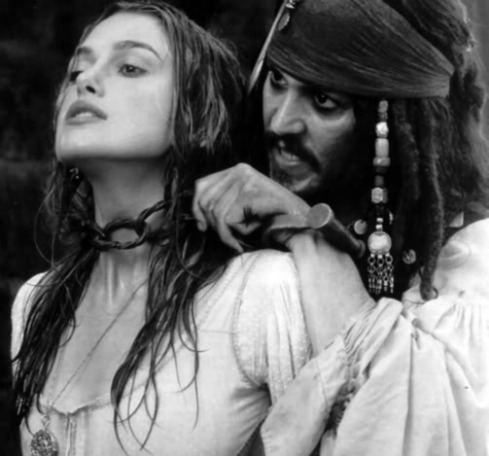 Elizabeth Swan and Jack Sparrow (not my grandparents)

It turns out that I am descended from both of them!

We all know that “Jack” is a nickname for John, right?

His gravestone has a SKULL with WINGS growing out of it!  Don’t be jealous. 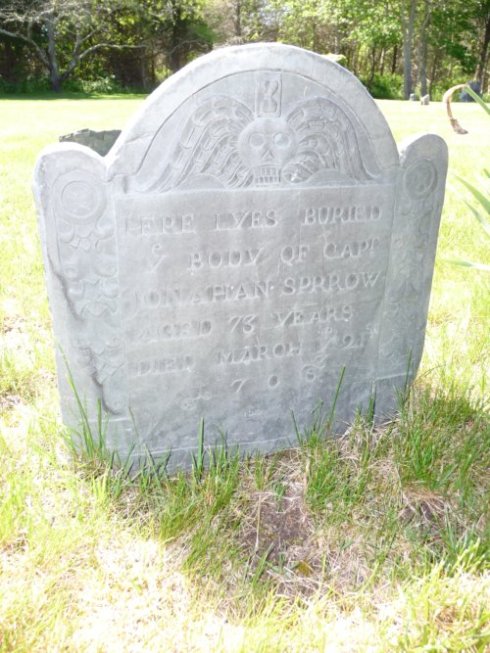 This and other photos of the Sparrow family graves can be found here.

So there you go!  My “Pirates of the Caribbean” ancestors.

I was reminded of this story tonight, so wanted to throw a short version on my blog where it’s easier for me to find things.  The inability to search through text stories on my Ancestry.com tree can be problematic at times.  There is information here from the biography of my 10x great-grandfather Alexander Gordon from the book “Fifty New England colonists and five Virginia families” by Florence Black Weiland (1965).  There is also information here from Alexander’s Wikipedia Entry, and a few other sources.

“The Gordon name is one of the most ancient in Great Britain and is now represented In the Peerage by the Earl of Aberdeen. The family is of Norman origin and dates back to very early times. In 1150 Richard de Gordon, Knight Baronet, granted to the Monks at Kelso, land at Gordon near Huntley Strather.  Haddo House is the seat of the Earl of Aberdeen and is in the County of Aberdeenshire in the Highlands of Scotland.” – Weiland, p 105.

My 10x great-grandfather Alexander Gordon [an ancestor of my Nason, Cairns, and Forrest lines] was born in the Highlands of Aberdeen, Scotland in 1635.  His family was loyal to the cause of the Stuarts, and Alexander became a soldier in the Scottish Army that supported the claim of King Charles II to the throne of England.  He was taken a prisoner of war by Oliver Cromwell at the battle of Worchester on 3 Sept 1651.  Other accounts claim he was captured at the battle of Dunbar exactly one year earlier.  In either case, he was released to an American, Captain John Allen of Chartestown, Massachusetts, on the condition that he emigrate to America. 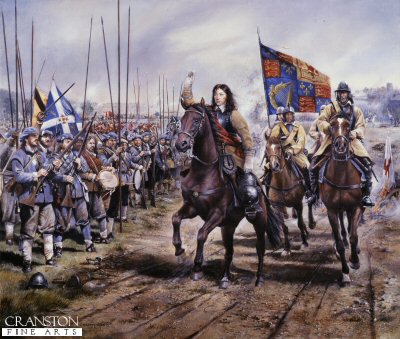 In 1651 Alexander was taken aboard the “Liberty”, commanded by the same Capt. John Allen, to Boston, Massachusetts and was held as a prisoner of war in the city of Watertown, Massachusetts.  He stayed with John Cloyes, a boatswain, or mate, on the “Liberty” who lived in Cambridge on the road to Watertown at a place near the site of Cambridge Hospital today.

Accounts vary about what happened next.  By some accounts Alexander signed an agreement on 25 April 1653 with Samuel Stratton of Watertown to be his apprentice for six years, and to learn the trade of farming.  In other accounts he was sold by John Cloyes essentially as a slave to Mr. Stratton.  In either case, it was unfortunately true that such “apprentices” were routinely abused by their masters for the purposes of keeping cheap labor.  It is generally agreed that Alexander was mistreated by Mr. Stratton.

On 23 May 1655, a number of these apprentices, including Alexander, petitioned the General Court of Massachusetts for freedom, but their request was refused.  On 3 Nov 1663, Alexander appealed again to the court in Massachusetts and was finally released from his contract.  His six-year contract with Samuel Stratton ended on paper in 1659, but Alexander had been forced to work for ten years before he won his freedom.

Alexander and a number of other Scottish ex-prisoners-of-war made their way to New Hampshire.  As early as 1660 Alexander Gordon was at Exeter, the town he helped found, where he was involved in lumbering.  He had a saw mill located on Little River at a point about one mile West of Exeter Village.

In 1663 he married Mary, the daughter of mill-owner Nicholas Lisson and his wife Alice Jane Wise.  Alexander and Mary had the following children:

Alexander died on 15 Aug 1697 in Walleigh Falls, Rockingham, New Hampshire.   Administration of his estate was granted to his son John Gordon on August 25, 1697.

More information on his life can be found in the following references:

The Parents of Jonathan Judkins (b 1781)

As I wrote about recently here:

Who Are the Parents of Jonathan Judkins?

One of my roadblocks had been my inability to discover the parents of my 5x great-grandfather Jonathan Judkins and his wife Dolly Smith.  I detailed the manner in which I combed through the census records for the town of Fayette, Kennebec, Maine to discover that it was fairly likely that his father was “John Judkins” listed in the 1800 Census for Fayette.

The other pieces of the puzzle fell into place when I did a similar detailed analysis of the 1810 Census for Fayette, cross-referencing what I found there with the birth, death, and marriage records for Fayette.  I was able to determine that my 5x great-grandfather’s parents were Jonathan Judkins Jr. (actually making my grandfather Jonathan Judkins III, despite his being listed as “Jr.” in the 1800 Census).  His mother was Elizabeth Batchelder.

I was also able to determine the entire immediate family of my 5x great grandfather.  Siblings, aunts, uncles, grandparents, etc.  And I traced his line back to the original Judkins immigrant ancestor, Job Judkins, who arrived in Boston in the 1630’s from England and was a sawyer there.  His son Joel, my 9x great-grandfather, moved to Exeter, New Hampshire, likely to pursue the logging trade there.

The link from ol’ Job Judkins to me is as follows:

Once, Twice, Three Times My Grandfather

John Bean (or MacBean), my 10x great-grandfather was born in Strathdearn, Iverness-shire, Scotland about 1634.  He arrived in New Hampshire 1660 as an indentured servant, essentially “owned” by Nicholas Lissen.  He ended up marrying Nicholas’s daughter Margaret… so I guess that’s how you really make your way up the ladder!

As I discovered today, John is my grandfather three different ways.

Once through his son Jeremiah Bean:

Once through his daughter Mary Bean:

And once through his daughter Margaret Bean:

Grandpa Has a Book

I’ve found probably a dozen or so books, perhaps more, that each deal with a certain branch of my family tree.  These books are usually helpful, usually incomplete, and usually written in the late 1800’s by someone related to the family who was also a genealogist.  They are dry, and written in a very matter-of-fact style, but I love them.  They have their own unique charm.

For example, here is one on the Pond family written in 1873 by Edward Doubleday Harris entitled “A Genealogical History of Daniel Pond and His Descendants”  which chronicles the history of the family of my 3x great-grandmother Louisa Pond.

Last night, however, a helpful person on Ancestry pointed me to a book on my 12x great-grandfather Stephen Hopkins [ancestor of my great-great-grandmother Helen Maria Nason].  He, along with members of his family [including his daughter Constance Hopkins, my 11x great-grandmother], came to America in 1620 aboard the Mayflower and was one of the principle founders of the Plymouth Colony in Massachusetts.  Stephen worked with Myles Standish and Squanto to keep the colony alive.  But before that he was shipwrecked in Bermuda, visited the fledgling Virginia Colony [which predated the Pilgrims by a generation], and generally had a pretty incredible life.

Fortunately, a talented writer named Caleb Johnson has put his story into book form using a narrative style backed up by an  impressive amount of both genealogical and general historical research.  The book is called “Here Shall I Die Ashore”, and I’ve already ordered two copies after reading the first couple of chapters online.  You can check out a nice sampling of the book here:

“Here Shall I Die Ashore” by Caleb Johnson on GoogleBooks

It’s really impressive.  I aspire to his level of writing when it comes to making family history engaging and interesting to read.

I’m currently working on a lot of the lines of my father’s family that go back to the Pilgrims, and it’s just a twisted knot to untangle.  So many of those original Pilgrim lines married and intermarried that many of my grandparents are my grandparents multiple ways.  It makes sense if you consider how few families were living in the Massachusetts colony between 1620 and 1660.

Here’s just a small example of the kind of thing I’m finding:

So Capt. Sparrow married his first cousin.  Not only that, but his 2nd wife was Hannah Prence, who was also my 10x great grandmother from her 1st marriage to Nathaniel Mayo.

Further complicating things is the fact that Richard Sparrow, the son of Jonathan Sparrow and his second wife Hannah Prence, is also my 9x great-grandfather.

Additionally, another daughter of Edward Bangs and Rebecca Hobart, Apphia Bangs is also my 10x great-grandmother.

I had started a “Multiple Grandparents” blog previously, but at this point it would be so long as to be tedious both to read and to maintain.

For Mother’s Day this year I decided to pay tribute to all the mothers in my Family Tree who contributed to making me who I am.  Of course there are tens or hundreds of thousands of women in my direct line of ancestry, if you go back to the beginning of our species.  My family tree goes back to the 1500’s in some places, to my 11x or 12x great grandparents.  As I’ve said before, that’s about 20,000 grandparents in your entire family tree to that depth.  Obviously there’s no way I can pay meaningful tribute to 10,000 women, so I decided to put together a collection of all the mothers, grandmothers, and great-grandmothers that I have photos of in my tree.  I hope you enjoy it as much as I do. 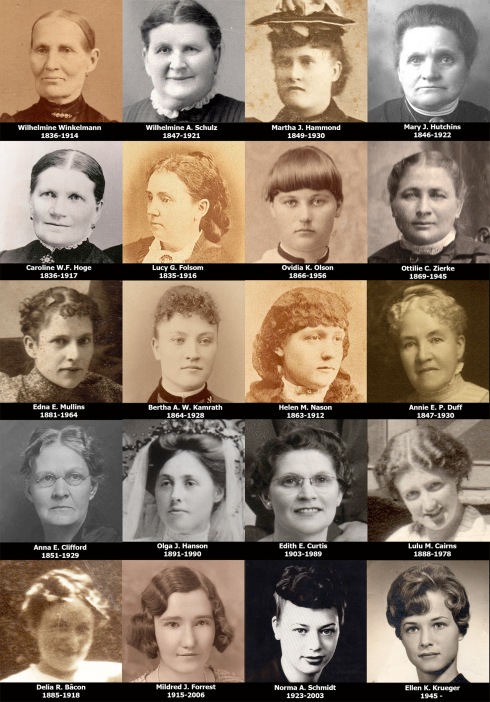 The women who made me who I am.