I found a database in Norway that allows you to search for people who were given permits to emmigrate to America.  I found my 2x-great-grandparents Jens Rasmussen and his wife Ovidia Olesdatter in the database.  Their daughter Olga Hanson Schmidt had said the couple were on their way to America three weeks after they got married, and she wasn’t far off.  They were married in Vikna on 12 Sept 1884 and left for American on 9 Oct 1884, so 27 days later!  Unfortunately the documents do not tell us which ship they took, but it does say it was one of the “Inman Line” leaving from Bergen, Norway.

Portrait of Jens and Ovidia taken in Bergen, Norway, in 1884 just before their departure for America.

From Bergan, my grandparents would have taken a smaller steamer, either the “Oder” or the “Argo”, to Hull.  They would be in the UK three days before departing from Liverpool to New York.

Looking at NorwayHeritage.com, there is a list of ships that went to America from Norway in 1884.  In Olga’s recounting of our family history, she mentioned that the newlyweds stopped at Hull on the way to New York.  The ships from the Inman Line that did the run from Hull to Liverpool to New York in 1884 were these five:

Based on our family history, my guess is that they left aboard the “SS City of Richmond”, arriving in New York on 24 Oct 1884.

I’m attaching two images of the “City of Richmond”, one is a photograph taken in 1874. 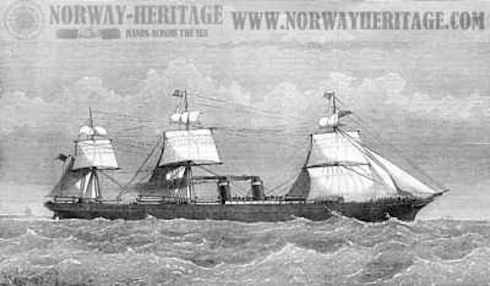 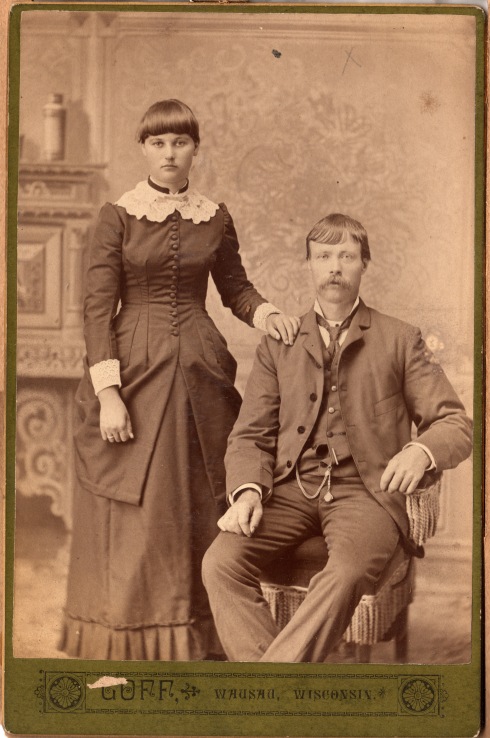 Ovidia Olesdatter and Jens Rasmussen around the time of their arrival in the US, about 1885. She was 18, he was 37.